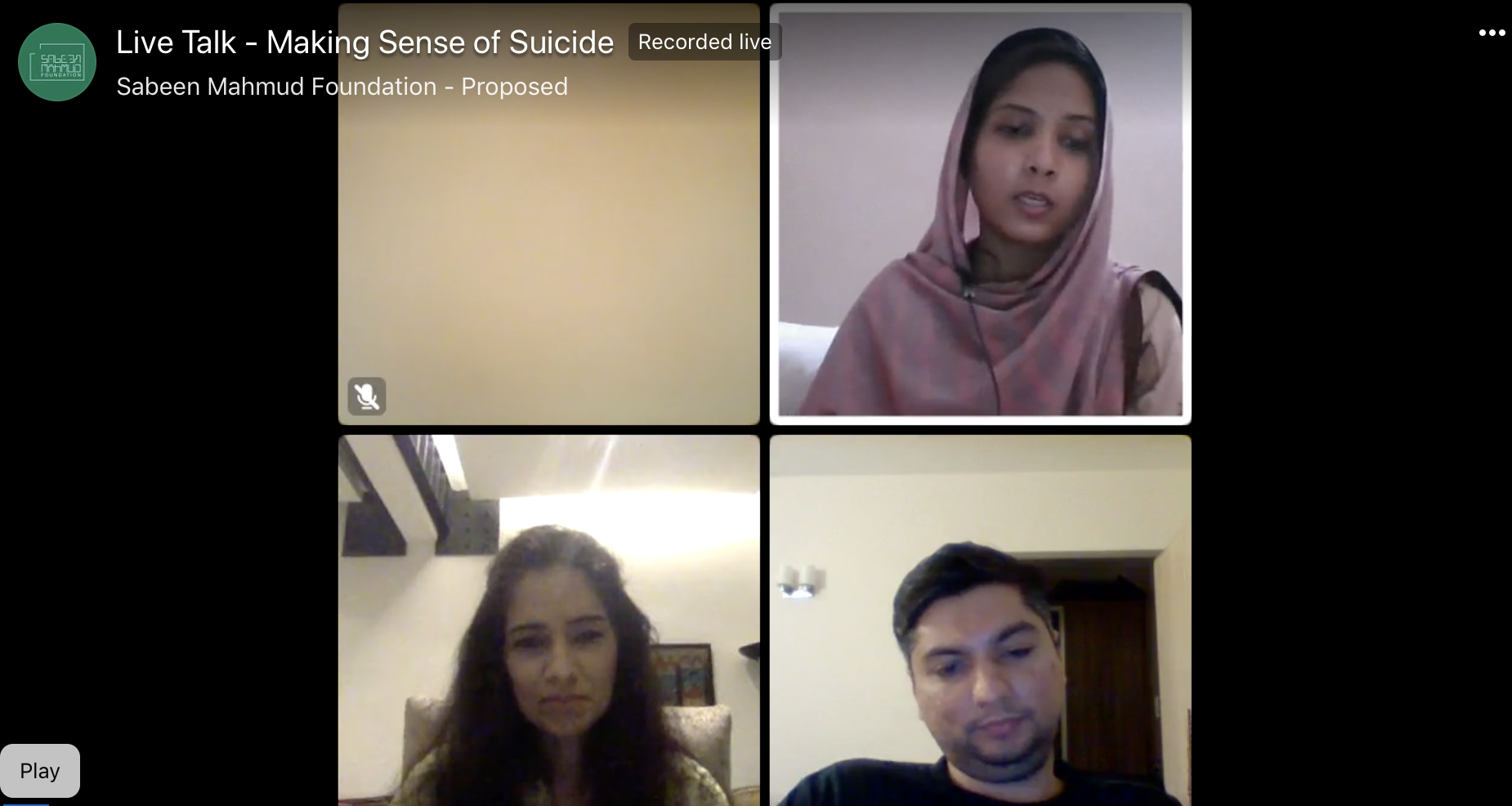 Dr. Ayesha Mian and Dr. Sana Siddiqui spoke to Khizer Alam on the Sabeen Mahmud Foundation’s Facebook page about self-harm and suicide in Pakistan. Dr. Sana shed light on the how the importance of being mindful when speaking to people contemplating suicide or self-harm and even to people who have lost loved ones to suicide. The language used by mental health professionals or anyone discussing an event like this can either reinforce or reduce the stigma surrounding self-harm and suicide. An example given was how the use of the phrase ‘committed suicide’ perpetuates the notion that suicide is a crime and alters people’s attitudes towards an event like this.

The fact that suicide is a criminal offense in Pakistan causes serious delays to the help people can receive in the emergency room due to self-harm. Dr. Sana also highlighted the harmful attitudes healthcare physicians have towards suicide and self-harm. Most healthcare physicians in Pakistan are hesitant to ask if a patient in the emergency room is there because of self-harm, as they feel asking this may induce thoughts of suicide. This is an untrue belief, as there is a plethora of research that suggests that a person thinks about it a hundred times before actually dying by suicide.

Along with the discussion on society and suicide, Khizer recounted his own experience during his sister’s struggle with depression and self-harm. He expressed the overwhelming grief and guilt he felt after his sister died by suicide and his own experience with substance abuse and depression. Dr. Sana and Dr. Ayesha also explored the various vulnerable groups that are more likely to die by suicide and what people can say to families grieving from a family member dying by suicide.